Autonomous testing. Are we there yet?

Know others who might be interested in this meetup? Spread the word via the usual socials suspects. 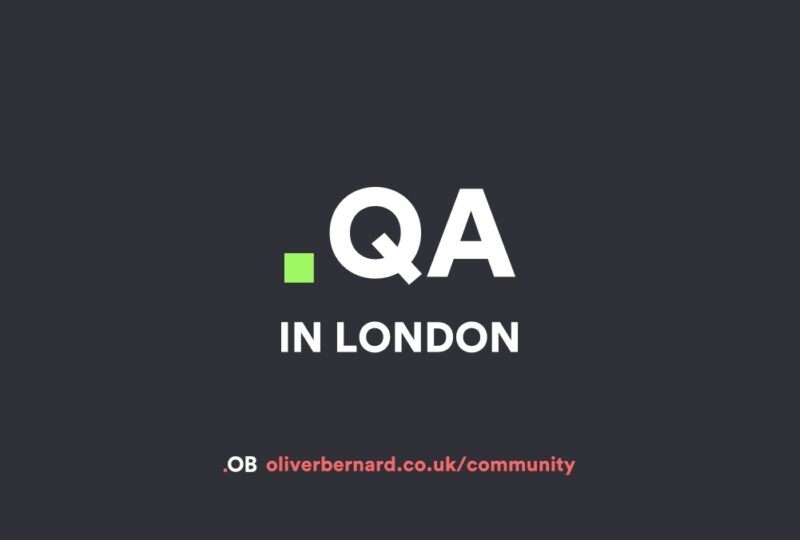 After a break, we return to our QA in London meetup with a great talk lined up from Marcel Veselka to discuss the evolution of Autonomous Testing! Are we there yet? Or are there still too many manual activities in Test Automation?

Join us on Tuesday 26th April at 6pm (BST) as Marcel presents his work in the area, thoughts on the topic, and how companies can modernise their testing practices by introducing Autonomous Testing.

Please sign up to the event to secure your place. The zoom link will go out nearer the time.

Please see full details below on the event, alongside information from Marcel on what to expect & an overview of himself:

When: Tuesday 26th April 2022 at 6pm (BST), via Zoom Who: Marcel Veselka (https://www.linkedin.com/in/marcelveselka/) Topic: Autonomous testing. Are we there yet?

The Talk - Autonomous testing. Are we there yet?

There are still far too many manual activities in test automation

Traditional testing approaches are slowing down development and are no longer scalable. We believed that test automation was the solution. This belief failed.

We test using test automation tools almost everywhere these days, but this testing approach is still too slow and requires strong technical skills that are hard to find and develop. Even if we do succeed in automating our testing, we are then faced with exhausting maintenance.

Is there a better solution? Could it be autonomous testing?

Autonomous testing is the next phase in the evolution of testing approaches. However, the market is full of promises, plenty of test automation tools with tiny AI-based features, and extremely high expectations of what this topic could do. I will share an overview of where the market currently is and compare reality with expectations.

In this talk, I will give you a few tips on how to build your own testing bot. You will need to be able to collect data, learn some (often AI-based) advanced algorithms for interaction with the system under test, and later also similarly for validation/assertions. All with the usage of open-source tools.

We didn’t find a compact autonomous testing tool, so we decided to not wait anymore and begin with several experiments to build our own autonomous bot. Finally, I will also show you our first results from the implementation of our autonomous visual regression testing.

The Speaker - About Marcel:

Marcel has spent his career in software testing and currently, he is working as a Principal SW Testing Consultant at Tesena. Previously, he worked as a Test Analyst and finally moved to Test Management in complex transformation projects and core banking implementations covering mainly integration testing and performance testing. He is also a former vice-president of the CaSTB (regional ISTQB board) and co-founder of the testing community called [pro]Test!.

In 2013 he founded his own company Tesena where he now works with more than 120 colleagues from Prague, Vienna, Bratislava, and Brno in helping their customers across Europe to win business by improving the software quality of their products. His special interest is modern testing approaches, including all the trendy topics (like Test Automation, DevOps, Testing in SCRUM, AI, ML, and Autonomous Testing).